During 10 weeks half time I created these 6 top down moba-inspired effects in Unreal 4. When I first started off making these effects I had the goal of making 2 'kits' of elemental effects, consisting of a heal, a shield and an attack each. This goal changed over the course of the project, because of adaptation to feedback, but also from simply realizing that certain things just doesn't work - like trying to make fire look healing for example.

While I've made more 'realistic' water before, it's allways been more static and / or flat. Making moving water like this in an effect proved more dificult and time consuming than what I'd anticipated, so in the end I decided to go 'full windwaker' with my water effects. Taking this aproach also helped me decide to make all my water effects as mesh effects, it was just so much easier to make them behave the way i wanted this way.

This was the first water effect i created for this portfolio project, so in the process of this effect is where I decided to change my aproach to water.

This effect was also a huge part of where my testing took place. "How do I control the water intesity through the particle system", "How do i convey force", and "how do i make the bubbles look good" were all questions that I encountered and had to figure out during this effect, which then carried over into the other effects.

Second water effect! With this effect I played around with UV's to get the look i wanted for the swirls, and i revisited the mesh a few times to emphasize the feeling of a whirlpool. For a while i had the idea of adding cirlcing shar fins or jumping piranhas, but after playing around with it I cut the idea, it was simply to difficult make it look really good.

Out of the water effects this is probably my favourite, it's also the effect I struggled with the most. It was my last water effect so the look of the water and the bubbles were already established at this point, however it took me almost an entire week (half time) just to really nail down what I wanted the ice to look like.

Here are a few of my attempts, I tried a bunch of different art directions and walls before settling on the pillars. It took a lot of time and trial and error, but im really happy with the final result! 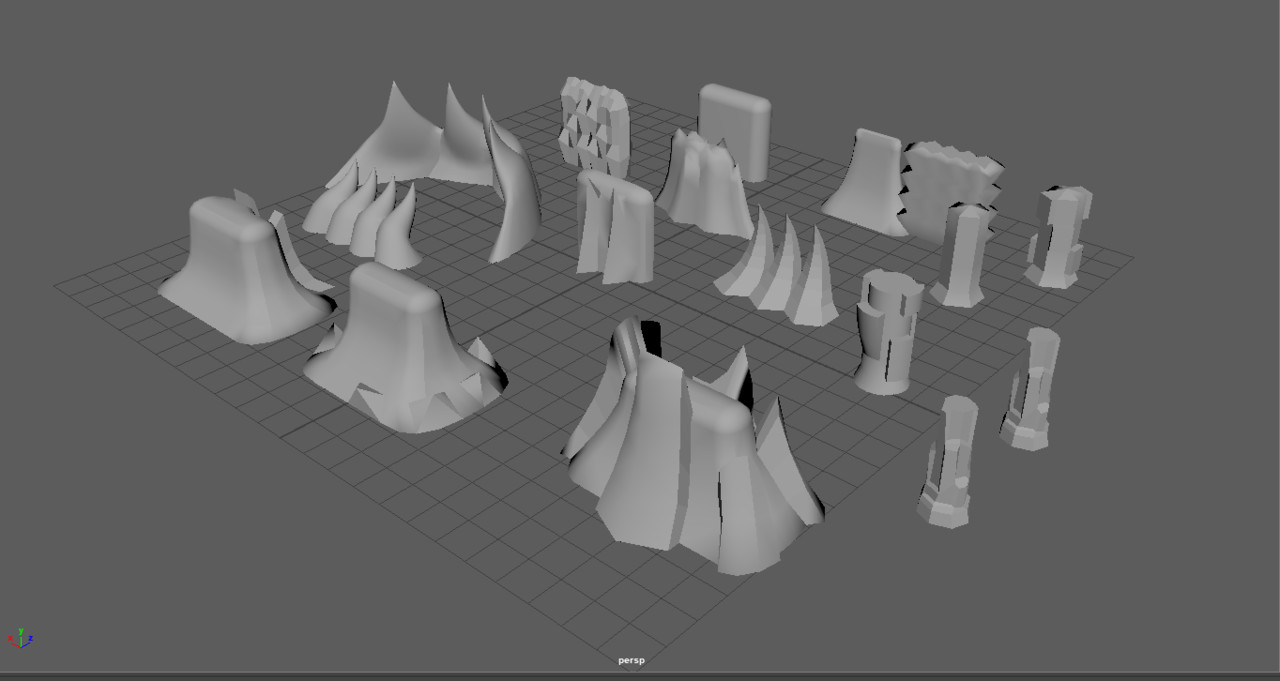 When embarking on the journey that was this assignment fire is where I first started off, with fire everything didn't have to move perfectly and i had plenty of room to play around with all of the sliders, knobs and numbers that Unreal4 's Cascade comes equipped with. I'd played around in it before this, but with this assignment I hoped to really get in deep - to understand and control it.

Probably my favourite out of all the fire particles, I just love how this came out! That said just like with the Flash Freeze I spent a lot of time on this one. When I origionally made the concept for the excercise this was going to be my heal, fun idea in theory- but insanely hard to pull off. Conveying 'Heal' through something that usually burns you is sort of counter intuitive in hind sight.

So I changed it to something more similar to a fire being lit. Cleaner, clearer and a lot better looking!

This effect changed so much during the development period, originally this effect was just the sphere flickering on, existing for a while, and then disappearing. But after some studies of other effects as well as a few loops of feedback I decided to give it a proper intro and end, as well as a more dynamic lifetime.

This was the first effect I tried my hands on for this assignment, basic fire wave, loads of reference material, quick and simple. Or so I thought, even though I'd played around with particles before this I'd never really refined an effect. Which in turn ment that my fire looked like falling autumn leaves for some time, nothing a little feedback and work couldn't fix however! 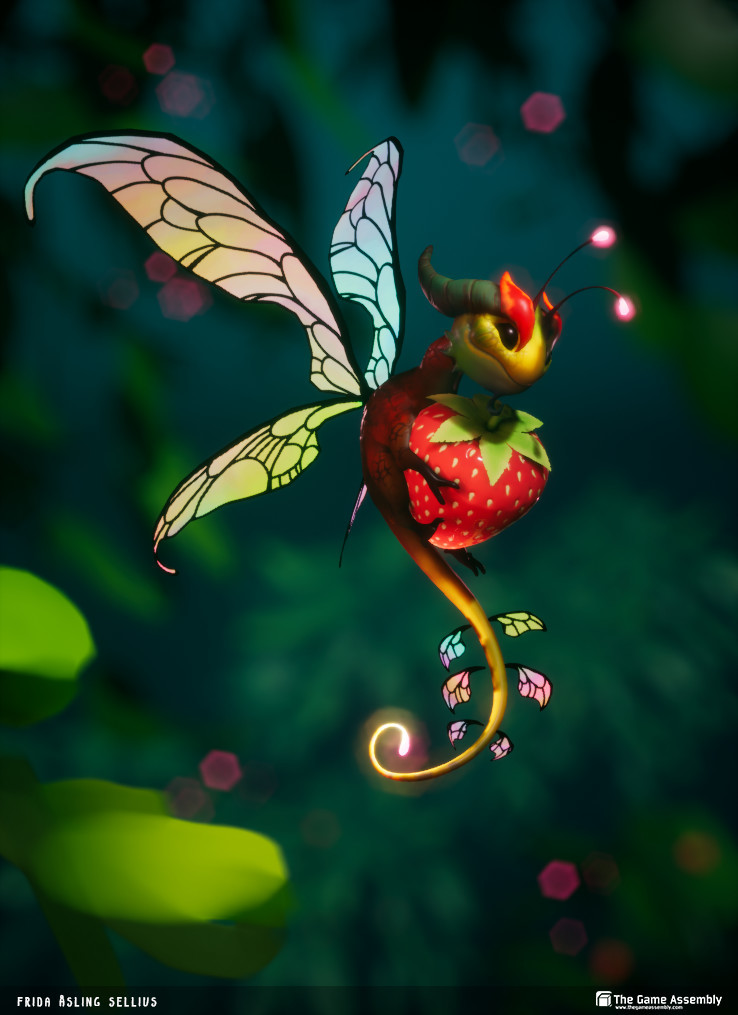 This was a fun one! Frida came to me and asked me for help to build this shader for her dragons wings. After a brief conversation we came to the understanding that she wanted "something shimmering - fairy like. Maybe like dragon fly wings!". She showed me  some of her concepts, which helped me further understand what she was after, and I got to work. I did some digging and then started working on a 'pearlescent' shader. This specific shader uses a texture with warped scaling to -in turn- warp the UV's of a copy of the same texture combined with the Dot product from the camera vector and the normal of the mesh surface to give the final result.

Below is a gif of the shader in full effect, on it's own.

This one is just really dear to me, I made the early prototype for this shader with ShaderFX in Maya, in the early stages of project 2 at The Game Assembly and it didn't get implemented until very late in project 3. Not because we didn't want it in, but because we lacked experience in solving the transparency as well as having it 'activate' on top of the normal material. On top of all this it was one of my first ventures into HLSL so it wasn't the prettiest thing under the hood, but it's here - and I'm very proud about the final result. Big thank you to our main graphics programmer Hampus Siversson  for helping me develop, improve and finally implement this effect!

Big thank you to The Game Assembly, their teaching squad, their alumni and to the industry professionals who took time to come see us and give us feedback!